Liverpool's defensive crisis: Klopp has 'no idea' if Reds will look to sign centre-back in January

Liverpool's defensive crisis: Klopp has 'no idea' if Reds will look to sign centre-back in January 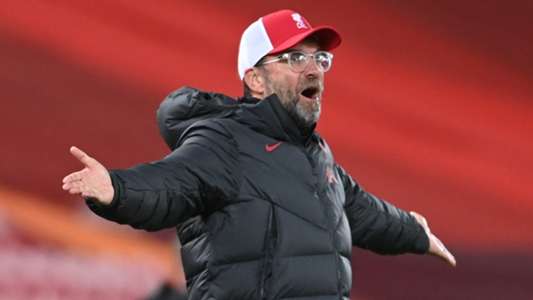 Jurgen Klopp insists he has no idea if Liverpool will target a new defender in the January transfer window.

But the Reds boss has backed his young centre-backs to step up and help the club through its current injury crisis – starting against Premier League leaders Leicester on Sunday.

Klopp has been left reeling after seeing a host of first-team regulars fall in recent weeks – with his backline, in particular, left decimated.

First Virgil van Dijk suffered a ruptured anterior cruciate ligament that could keep the Dutchman out for the remainder of the season. Then, a week later Fabinho, who moved to centre-back from midfield, suffered a hamstring issue.

Trent Alexander-Arnold picked up a calf strain against Manchester City which will see him sidelined until next month and then, during the international break, came the news that Joe Gomez had damaged the patella tendon in his left knee during a training session with England, an injury that required surgery and will keep the 23-year-old out for a number of months.

It leaves only Joel Matip, who himself has a history of injury issues at Anfield, as a senior, specialist centre-back, with Klopp forced to use the inexperienced pair of Nat Phillips and teenager Rhys Williams in recent weeks.

A far from ideal situation, of course, and one which has understandably led to suggestions Liverpool will look to spend when the transfer window opens in the New Year.

Klopp, though, was giving little away when asked about that at a press conference on Friday.

He told reporters: “We will see. I don’t know what we can do in January, I have no idea. We can look for solutions from outside, that’s clear. But at the moment we have the situation we have.

“I don’t want to compare situations, but I came to Dortmund in 2008 and my two centre-halves were 19 and 20 that winter, [Mats] Hummels and [Neven] Subotic, and we played with them for pretty much the entire time.

“We have talent here. They are young, 18, 19, 23, and we have more experienced players. And in a couple of weeks hopefully we will have midfielders who can play the more defensive role as well.

“You should see them in training, they can smell the chance! That’s good. I’m really confident it will work out with the boys, and hopefully we can convince the rest of the world as well.”

Klopp could well have Fabinho available for Sunday’s top-of-the-table clash with Leicester, the Brazilian having joined in team training this week.

Thiago is likely to need a little longer, though. The Spanish international has not featured since the Merseyside derby with Everton on October 17 due to a knee injury picked up in a challenge with Richarlison, but Klopp hopes to have his summer signing back in action sooner rather than later.

“So am I!” he smiled when told that fans were desperate to see the former Bayern Munich man. “But I cannot change these things. We have to deal with the consequences of the injuries, the accidents, or in this case the harsh fouls.

“If he could have played before, he would have, but he couldn’t. He’s out there on the pitch, he’s running, he’s doing a lot of stuff, so it will not be too long.

“In the same day, we got the horrible pictures from Virgill and we were kind of relieved that it was not that serious for Thiago. But it was always clear it would not be two or three days. We thought it would settle quickly but it didn’t, and that’s what we have to accept.

“We will not rush it. We prepare him for the rest of the season, not [just] for the first game he can play. That’s the situation.”

Klopp added: “Players have to train with the team, and not only once. If it was really serious and we had no other players then maybe once would be enough from time to time, but that doesn’t happen often.

“Fabinho was part of it. What we make of that, we will see. We will see the reaction, but he was part of normal team training."