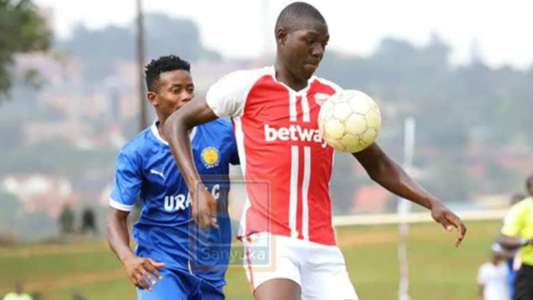 Ugandan Premier League (UPL) side Uganda Revenue Authority (URA) FC are desperate to secure their home stadium after the Federation of Uganda Football Associations (Fufa) refused to grant them permission to use Lugazi Stadium.

The four-time champions are among the clubs that were denied a top-tier licence by the Federation after failing to meet the standards set, specifically a quality home ground. The Tax Collectors had initially submitted the Sugar Corporation of Uganda Limited Stadium which was deemed fit to host utmost the Fufa Big League.

"We submitted Lugazi stadium but Fufa has deemed it unfit yet we have done all the necessary improvements as requested," the club's head of communications Patrick Ochieng' told the Sports Nation.

"We have to look elsewhere, and by next week, we will have got the solution."

In the second round of the abandoned 2019/20 season, URA used Luwero Stadium and Arene of Visions in Ndejje. However, the former has not been passed for this season following the failure to build dressing rooms for players.

"The league is going to be broadcast on TV, so we want stadiums that fit the standards," Fufa Stadium Inspection Committee Chairman John Kalibbala Crizestom clarified.

"Lugazi did not meet the required standards because it lacks a full-fledged furnished dressing room, the goalposts are not to the standards, there is no warm-up space, and there is a [crease] in the middle of the pitch because the stadium was recently used for cricket, among other [activities]."

Initially, the Tax Collectors were using Namboole Stadium but the facility is not available since it is currently used as a Covid-19 medical centre.

The stadiums that have been given the greenlight to host top-tier matches are Lugogo Stadium, Fufa Technical Centre in Njeru, Wankulukuku, St Mary's, Green Light in Arua, Tororo's King George and Kabaka Kyabaggu.

Of the 16 clubs in the top-tier, only seven have managed to meet the requirements set to be eligible to play in the league next season. The seven teams are the defending champions Vipers SC, KCCA FC who finished second, Express FC, Wakiso Giants, Onduparaka FC, Police FC and MYDA.